The Bahamas is more than just one island. It is comprised of several hundred islands and cays although all not inhabited. You may have even heard of a few celebrities that have bought their own islands (Johnny Depp, Nicholas Cage). Most persons when they visit The Bahamas will stay on one of the larger islands, namely New Providence (Nassau) or Grand Bahama which are the capital city and second city respectively. An occasional few may have even visited the Exumas, Eleuthera or maybe even Abaco. The latter three islands and the rest of the lesser known inhabited islands are what we call the Family of Islands or Family Islands or ‘da island. I guess it would be the equivalent of someone saying you live in the country side where it’s not as populated, people live simpler lives and they’re not as developed.

I may have mentioned in a post many moons ago that I grew up in a settlement with about 600 people on the island of Abaco but it’s been several since I’ve actually lived there and spent more than a week there. When you spend so much time away from home like when you go off to school, you tend to forget some of the nuances that make living on ‘da island feel so homey and rustic.

Fast Food?! Bish where? Sorry, I just had to try the phrase out. It’s what the cool young folks are saying now, but anyway. On Family Islands you are not likely to find your favourite American fast foods like Wendy’s, McDonald’s and the like. Instead, you may find that Tina down the road makes pizza or Martha cooks and sells chicken snacks from her home kitchen (RIP Martha, your snacks will be missed). There will be restaurants of course and little take-away style joints where you can call your order in and pick it up and when you arrive, it’s literally just a building to pick up your food. Just ask the locals where they go to get grub.

There ain’t no 7/11. So it’s 10:30 at night and you feel like having a soda so you want to run out and get one from the nearest gas station. That’s not going to work out well for you because most gas stations close when the sun sets and may or may not be open on Sundays provided that there is a gas station in the settlement itself. In the Marsh Harbour area of Abaco, there are gas stations that will be open at that hour because it has a little more city vibe to it, but not in Exuma. Ohh no! One gas station is run by this little old lady who looks to be about 75 years old so she’s not about to keep shop til 10pm so you can quench your thirst or more importantly fill your tank to make it the last 45 miles to your house. No, nah, nope!

Cash Rules. After spending time in the States where I can literally use my debit card to buy a piece of candy, when you come home and don’t have any cash, you tend to grunt and make the Ugh sound quite a bit. Sometimes the ATMs are inconveniently far and some places that do take credit cards have a minimum amount you can spend or their machine may not be working that day. Before you arrive, it’s best to bring some cash with you (USD is used) and supplement at an ATM in the main town as needed.

Mosquitoes recognize foreigners. Yea they do! You had better get familiar with OFF! brand of insect sprays, smoke coils and the like because the mosquitoes will you drink you like a mojito on a hot day. In my settlement, if the mosquitoes didn’t get you, the sand flies surely would and they would have to fog the mangroves because the mosquito swarms were ridiculous.

CP Time. Some call it colored people time but we operate on island time. It’s already a very laid back environment so don’t go with a rigid expectation that things will start or finish on time. If you’re not doing business, just chill and hakuna matata the situation. Some people though, are very time specific, like my Dad so it’s pretty much the luck of the draw on that one.

Whichever island you choose to visit, enjoy the night sky. Take a stroll on one of our many beaches.  Talk to the locals to find out where to get the best conch salad. Most importantly, don’t forget to have fun.

There are some people, I won’t say most, that think everyone from the Caribbean must speak with a Jamaican accent and say “mon” or have dreadlocks. For those of you that have checked out my posts in Bahamianese can very much tell that we don’t sound like Jamaicans. Besides the fact that Jamaica and The Bahamas are two different countries, there are some other differences between us.

I could probably list a whole bunch of things that distinguish Bahamians from Jamaicans but some of those things are not things you could tell just by seeing or speaking with a Jamaican. Language/accent and temperament are the more obvious. Of course to someone from the Carbbean, they would be able to tell a Jamaican from a Bahamian by the types of food, certain aspects of clothing or hairstyles (espcially the men) and most definitely the music.

Jamaicans speak patois (Jamaican creole). Bahamians speak Bahamian dialect. Although the definition of patois includes dialects, Jamaican patois has it’s own unique phonology, grammar and of course vocabulary. Typically I wouldn’t suggest Wikipedia as a source for anything, reading through it, they did a pretty good job with breaking down Jamaican creole and giving examples of sentence structure and things like that. If you’re interested in the more technical aspect of Jamaican linguistics check it out here.

Jamaicans are hotblooded. Bahamians are laid back. These are generalizations yes however being a Bahamian who has lived with Jamaicans and also having see the two cultures interact, I can say the generally speaking this is true. This is not to say that there aren’t laid back Jamaicans or hotblooded Bahamians. This is something you would observe sort of in the same way people say that country-folk are more polite than say, a New Yorker.

Jamaica’s main music is reggae. The Bahamas’ main music genres are junkanoo and rake n’ scrape. We have two sets of music because Junkanoo music is mostly festival music, performed live during special events such as the Box Day Parade and New Years.  It would be comparable to a band with trumpets and several sets of drums etc… Rake n’ scrape music has an artist(s), and the instruments traditionally were handsaws with something to scrape against it, old wash basin and the scrubber and a small goat skin drum.

Jamaicans and Bahamians have a unique sense of style. I couldn’t find  many pictures that would best compare how the two Caribbean countries dress, so I’ll just describe it. Jamaican men tend to wear tighter fitting clothes than Bahamian men (generally). The jeans especially seem tighter. The style is somewhat reminiscent of a cross between Californian surfer types and cowboys because Jamaican men  sometimes wear large belts with interesting buckles and unique loafers. Bahamian men are more influenced by black America so the men wear looser, baggier clothing. A polo shirt (usually of the Ralph Lauren or Tommy Hilfiger brand) and jeans are what I would describe as the Bahamian man’s national uniform. It’s also more common to find Jamaican men that have colored or bleached their hair than Bahamian men.

In any and all cultures, there are people that do not fit the norms or generalized views  of that group of people but as this world gets smaller and smaller due to globalization, it’s important that we become more aware of differences in cultures. It’s more polite to ask about a cultural norm than to assume the wrong one!

Towards the end of summer, I went on an amazing boat adventure tour in which I got to see some of the Exuma cays. There are over 700 islands and cays that make up the Bahamas although most of them are uninhabited. There are some celebs that own a few private islands in the Bahamas including Nicholas Cage, Julia Roberts and Johnny Depp. But on this tour, I got to see these and some unique treasures that Exuma has to offer.

Who knew pigs could swim?!

They swim pretty fast I tell ya!

Checking out the scenery.

Got to feed the iguanas.

Looking down into a cave!

Speeding past the white sand beaches!

We did this on a day that a bit cloudy and actually storming in some areas. Imagine if the sun was out shining in its glory! Could you imagine?! Beautiful.

First thing’s first: before delving into the tales of sweet island life, let’s start with the generic basics. There are some people that don’t know diddly squat about The Bahamas and think we’re apart of the United States or Jamaica.

1.  Our location:We’re near the U.S. but we are not like the U.S. Virgin Islands or one of them. Nassau is the capital located on the tiny island of New Providence. I spent most of my childhood years in Abaco, further north. 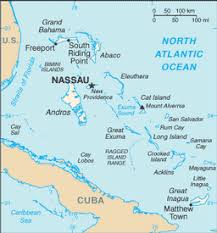 2. Our language: English is primary language although you’re more likely to hear Bahamian dialect that I like to call Bahamianese. I’ll be making regular posts to teach you guys new words so when I use them in my writing you’re not totally befuddled or when you spilligatin’ with your friends you can toss a few words into the mix.

3. Infrastructure/Homes: In light of the Ms. Nellie Day incident I feel compelled to say that we do not live in shacks or huts on the beach! As in all countries there are upper, middle and lower class citizens, there will be homes of different quality and material. Most of our homes are concrete homes, although there are some still made out of wood.  And we don’t all live on/near the beach. Beach front property is expensive!!

Homes are made of cement to withstand hurricanes.

4. Our Livelihood: Tourism is the number one industry in The Bahamas followed by banking, cement and salt. Directly or indirectly most jobs are impacted by tourism. My dad, for instance, is a self-employed fisherman and does not work in a hotel or anything like that. However if tourists aren’t coming to visit, less people are buying his product, thus the trickle down effect.

5. Our People: We are some proud people. Island life is mostly very laid back so don’t expect people to be rushing around or speed walking like they do in NYC. Generally, we are pleasant and nothing gets us more excited than debates about the Valley Boys versus the Saxon Superstars.